According to the BDS news team from the Alternative Information Center, the Boycott, Divestment and Sanctions “movement” has moved from simply successes to COLOSSAL SUCCESSES, demonstrated by the fact that many people are going out of their way to buy Israeli goods next week.

How does that work? Well according to the aforementioned Alternative (Reality) Info Center, Israel’s friends are so afraid of the near triumphant BDS juggernaut that they have organized a Buy Israeli Goods Week (similar to several successful Buy Israeli Goods – BIG – Day events earlier this year, not to mention the BUYcott phenomena which has all but shut down boycott protests at retailers) in order to distract from BDS’s endless successes and Israel’s countless crimes.

Like much BDS bombast, this declaration of victory is a bit scant on details. In fact, for an article alleging COLOSSAL SUCCESS, would it be too much trouble for them to list just one of these supposed victories (even Meg Ryan)?

After all, I wasted many hours that could have been spent harvesting and selling organs from innocent Palestinian children instead writing up details supporting my case that BDS is probably one of the biggest political failures in a generation. Would it have been that much trouble for someone writing a few hundred words of Alternative Information on the subject to provide one example to support his or her claims of BDS triumph and Israeli terror at this all-powerful political tactic?

I’ve long ago despaired of hearing from any BDSer ready to jump into the comments section of this site and tell us all about the thousands of victories they are so proud of. But clearly their preference is to dwell in their own world which, like Narnia and Cloud Cuckoo Land, must be far preferable to the land the rest of us dwell in (otherwise known as reality).

A dual alert has woken me from my turkey-and-headcold-induced stupor to help spread the word about Buy Israeli Goods (BIG) Day, this Tuesday November 30. The brainchild of the ever-creative StandWithUs organization and the American-Israel Chamber of Commerce, BIG Day is designed to bring the successful Canadian Buycott concept to counter the umpteenth attempted boycott of Ahava cosmetics, also scheduled for the 30th.

While not normally a big advocate for holiday consumption (or a big fan of matter, generally), on this one occasion I urge folks to buy, Buy, BUY! Spend money! Purchase stuff! As long as it’s Israeli and please don’t hesitate to continue the habit after November 30.

The success of Buycott and other anti-BDS activities over the last year got me thinking about the role of creativity in the fight against those who have decided to make the defamation of Israel their life’s work, a theme I’ll be writing about over the course of the next week. In the meantime, take a look at this impressive list of general Hasbara over the last year to get yourself in the mood. 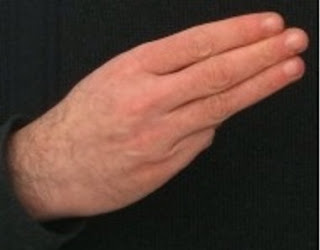 A recent commenter left a note which struggled with a central question many of us deal with in our activist lives, namely: how do we contend with a movement like BDS which is perfectly comfortable bending the truth and shredding the rules of propriety to get its way?

Should we become like them and try to exploit the civic and religious organizations to which we belong, dragging them into the Middle East conflict for our benefit, regardless of the pain that might cause other people? Should we infiltrate and trash other people’s cultural events, assuming that our political projects trump every other imaginable human need? Should we throw pies at anti-Israel speakers or assault them verbally (or even violently) and then hide behind rhetoric that says destroying other people’s ability to be heard is a matter of our free speech rights?

The thing is, every Israel supporter I’ve ever dealt with just does not have it in him or her to behave in the same selfish, irresponsible and dishonest way that Israel’s attackers often do. And I don’t think this is a bad thing. Yes, it means that we frequently have to respond to the other side’s nonsense rather than take the initiative ourselves. But if you look at the state of Israel (free, successful, united on the big things) vs. it’s opponents (unfree, failing in all possible measures, murderously divided), you begin to see that refusing to play by the rules of civic society comes at a very high cost.

Which is not to say that we can’t take the initiative ourselves and have fun doing it, especially when confronted by the same old dreary assaults that Israel’s demonizers trot out year after year after year, such as the shrill but discredited BDS movement and the long-in-the-tooth Israel Apartheid Week (yawn).

Take the latter for example (please!). For, as it turns out, those Apartheid Week clowns have scheduled their campaign right smack-dab at the beginning of Buycott Israel Month!

Buycott Month is actually a little project cooked up by some local activists working together with the hugely successful Buycott Israel program in Canada. As you can see from the Success Stories section of the Buycott Month site, there’s not been a single instance of boycott directed at Israeli products that didn’t end up turning into a massive sellout of Israeli goods and an equally massive humiliation for the forces of BDS.

With Buycott Month, we decided to ratchet the fun level up another notch, asking people to send us their own stories of buying and enjoying Israeli products, breaking a boycott, making an investment or taking part in a counter-protest of Apartheid or BDS activity during the month of March. And tying these tales together will be the “Finger-B,” (shown above) a gesture you can make to let the world know that you’re not just enjoying what Israel has to offer, but giving BDS “The Fingers” in the process.

The site provides an easy way to send in your pictures and stories, and it would be great if we can fill it up with 20-30 or more tales during the month of March.

So stop by, act up, spread the word, tell us your story and – most of all – remember, always remember that we’re not only right compared to the endless wrongs of BDS, but that we also know how to do our activists activities with panache.

A brief break from Hampshire to talk about the latest activity from our friends up North:

Riddle me this, readers! What might cause underwear sales to skyrocket in our French and English speaking neighbor to the north?

Perhaps I should explain. And don’t worry, I’ll be brief (sorry – couldn’t resist).

I’ve talked before about Canadian BDS activity tending to focus on product boycotts, mostly consisting of a dozen or so protestors showing up to an local wine store or other retailer to demand an end to the sale of this or that Israeli product. There’s often a fig leaf of claiming to only be boycotting products that are somehow involved with “The Occupation” (one more time: Bogga, Bogga, Bogga!), even though (as one commenter pointed out) BDS boycotting has extended to Sabra Hummus made in that well-known Israeli settlement of Queens, NY.

Be that as it may, product boycotts never tend to turn out well for the protestors (most notably encapsulated in the protest of a Toronto wine store that turned into a Zionist wine-buying, drinking-in-the-streets, victory party). But that’s not stopped the boycotters from showing up at new venues for more of the “Thank you sir, may I have another!” treatment.

Last weekend, it was the Canadian sporting goods retailer Mountain Equipment Coop (or MEC) that got “the visit,” with 12 protestors outside it’s Vancouver store and another 10 outside it’s Calgary store demanding the organization stop selling long underwear manufactured by the Zionist entity.

Unfortunately for them the long arm of the Yehden/Zion/Neocon conspiracy extends to long johns. In this case, the backhand came from our old friends at Buycott Israel who put out the word that Canadian friends of Israel could show their support by buying MEC supportive undergarments the following day (Sunday).

Could there possibly be better laboratory conditions to compare support for BDS vs. support for Israel in the Great White North? And the results? According to an MEC spokesperson, sales of Israeli leggings soared over the weekend, with 69% of all men’s long underwear sales and 76% of all women’s for the entire four week period taking place on that single day. And, as one friend calculated, running those numbers across the entire four week period means the BDS protest against dreaded Zionist undergarments led to a 2000% increase in sales.

OK, perhaps this particular calculation is hitting the BDSers below the belt (OK, I’ll stop now). But I think it’s safe to say that any way you slice the numbers the Battle of Underpants (like the previously mentioned Battle of Wine or the Battle of Couscous) has to go to the makers, sellers and buyers of Israeli goods, rather than the purveyors of boycott’s poison.

Rumor has it that Canadian retailers are stocking up on Israeli products and praying the boycott/Buycott bandwagon comes their way. Given that every boycott protest does us the double service of massively increasing sales of Israeli products while simultaneously making the BDSers look ever more ridiculous, we can only hope the BDS brigade decides to double down on this brilliant strategy.

In the meantime, here’s an enjoyable piece about the Israeli distributor of Ken Loach’s films who plans to donate all of profits they earn from his latest picture, Waiting for Eric, to the promotion of Israeli cinema around the world. Loach, whose work I’ve always found a bit heavy handed, is often celebrated for his political stances (and for the fact that he never “went Hollywood”) by people who’ve seen even fewer of his films that I have. But in recent months, he’s been the face of the cultural boycott of Israel due to his refusal to take part in film festivals that included Israeli pictures. The Israeli distributor of his latest film has taken the Buycott idea mentioned in my last posting one step further, letting Loach’s own art generate the resources needed to cancel out the censorship of other artists the director is advocating.

And speaking of film, I couldn’t resist a link to this piece at the equisite UK site Harry’s Place. I’m not a big fan of the “If you boycott Israel, you’d better throw out your cell phone” argument since – as has been demonstrated – the BDS crowd lives in a fantasy world where only other people must sacrifice for their political beliefs. But this piece has a nice edge to it and hits a number of strong notes that make it worth a read.