Well we defenders of Israel might as well throw in the towel now that BDS advocates have decided to triple down on their “Flash Mob” strategy of pulling 8-12 people together to break into incoherent song and dance at telephone stores or (more recently) a meeting of TIAA CREF here in Boston. After all, who can possibly withstand the awesome political power of images such as this: 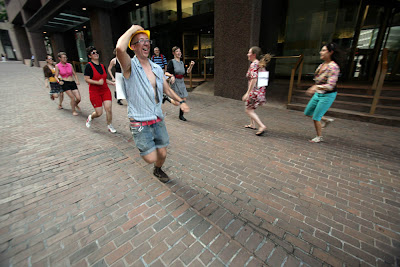 Let’s see how this one ranks on the Oy-ometer!